Establishing a permanent supergroup of peace-creating experts for the world

Previous published research [17] involving three very-large-scale interventions has shown that a single group of 9,000 advanced meditating experts (approximately the square root of one percent of the world’s population) gathered together in one place is sufficient to produce a powerful, demonstrable peaceful influence on a global scale—an influence

sufficient to defuse global tensions and reduce the incidence of violence and conflict throughout the world. This global effect of peace is often referred to as the “Global Maharishi Effect,” named after Maharishi Mahesh Yogi, who first predicted, produced, and documented this effect through a series of large-scale implementations.

For the combined reasons of lower per-capita costs, widespread availability of trained experts, and currently secured land and facilities, this global group of 9,000 peace-creating experts would be most practically situated in India. The critical task of assembling and training these 9,000 experts is well under way, with a group of 2,000 experts currently in place and growing quickly.

India is the home of the ancient Vedic wisdom, which is the knowledge source of the powerful, peace-creating technologies of Transcendental Meditation and its advanced technique, the TM-Sidhi program. Consequently, instruction in these techniques can be integrated easily and cost-effectively into the current training of the custodians of the Vedic tradition in India, who are known as “Vedic Pandits.” Thousands of these experts have already been trained in these specific technologies of consciousness, and many thousands more are being trained in villages and cities across the country. From these will be culled the most proficient to comprise the core group of 9,000 experts. 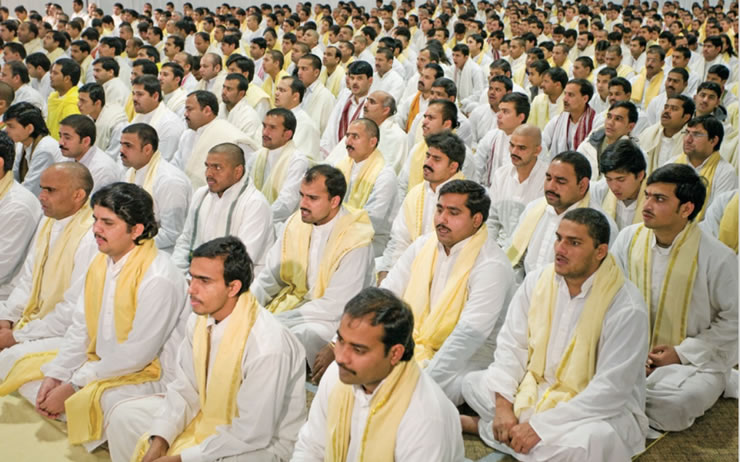 At the geographic center of India, supporters have acquired 1,800 acres of land, and the basic infrastructure of roads, utilities, water, and communications is now in place. More than 200 buildings have been completed, capable of accommodating more than 3,000 peace-creating experts, and further construction is under way. At the current rate of progress, and with access to sufficient funding, we will soon complete facilities to house 9,000 experts so that we can powerfully promote and ensure, from this one location, the peace and security of the entire world.

As soon as practical, similar large peace-creating groups should be established in other parts of the world—ideally one on every continent. This will provide an “engineering safety factor” to ensure that global harmony and coherence is sufficiently robust that the world never again spirals into devastating war, and the regional conflicts that rage today quickly become—and remain—a relic of the bygone past.

Once acute social stress has been substantially diminished, achieving and maintaining societal peace becomes comparatively easy. According to research [2,3], as soon as elevated tensions and inflamed passions start to subside, conventional diplomatic approaches to peace begin to meet with surprising success. This desirable outcome can be accomplished easily through the establishment of even a relatively small embedded group, or groups, of peace-creating experts, as has been described above and field tested in the Middle East and many other areas of historic conflict.

All that is needed today is that a government or military leader designates an appropriately sized group of participants who could be trained in the relevant, brain-based, peace-promoting technologies.

The Global Union of Scientists for Peace stands ready to provide the necessary training for any country that is prepared to implement this innovative, highly effective, proven approach to peace.

Once implemented, the results will be:

There is nothing to lose and much to gain by acting now.