The Global Union of Scientists for Peace is dynamically engaged in implementing the Brain-Based Approach to Peace throughout the world—on the local, national and global scales. A few highlights of this progress are presented here. 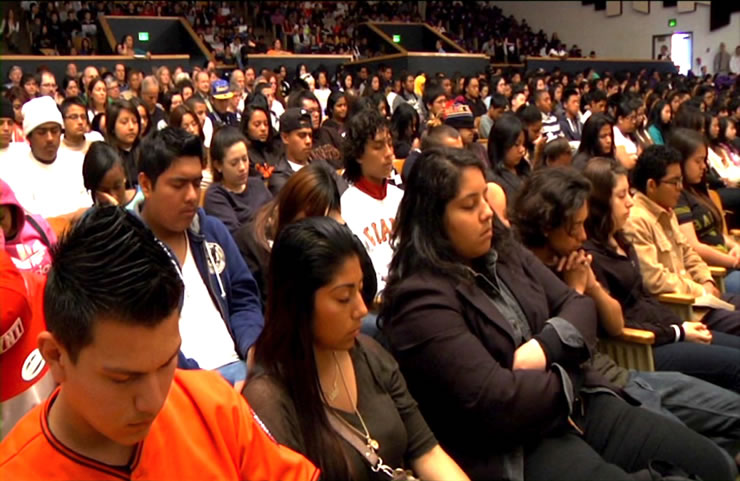 Students meditating at a San Francisco public school. The Brain-Based Approach to Peace is being systematically implemented throughout the San Francisco Unified School District with support from the David Lynch Foundation for Consciousness-Based Education and World Peace, under the name “TM/Quiet Time program.”

During the past five years, hundreds of public and private schools and colleges throughout the US, Latin America, Europe, Asia, and the Middle East have incorporated daily group practice of the stress-reducing, peace-promoting technique of Transcendental Meditation.

The driving motivation for educational policymakers and school administrators to implement and maintain this program has been the resulting marked improvements in academic performance, grade point average, school attendance, and graduation rates, and the significant reductions in disciplinary problems and school violence. Since the primary purpose of education is to develop a student’s full mental potential, the incorporation of Transcendental Meditation into the daily academic schedule is natural and logical, and has met with striking success.

There has been extensive media coverage of these highly successful in-school projects and their positive academic outcomes. For a recent NBC News report on a San Francisco TM/Quiet-Time program, click here.

In addition to boosting educational performance, introducing TM into schools and school communities provides an easy way to create and sustain peace-promoting groups at little or no cost. Research has correlated these school and community meditating groups with significant reductions in crime and violence and improved quality of life in their surrounding neighborhoods, and also at the city level [18-20]. For a brief CBS News report on the crime-lowering effect of a Washington, DC, in-school project, click here.

This educational approach of introducing Transcendental Meditation into schools remains a primary focus of our GUSP Directors, many of whom are leading educators. (For a quick scan of these educational projects throughout the world, click here. 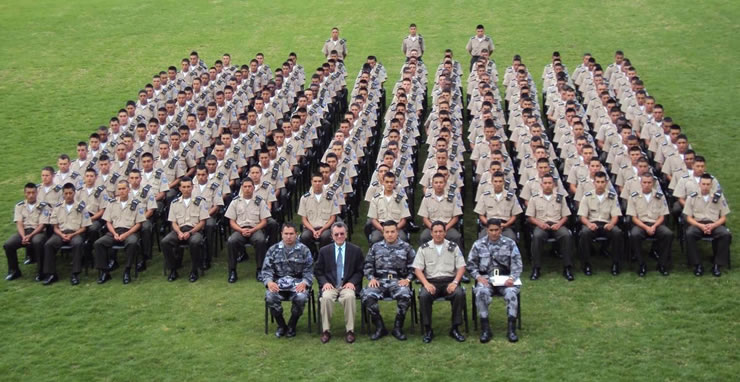 The primary task of the military and security forces is to defend the nation against external and internal threats. In many countries, these security forces are finding themselves increasingly overwhelmed by escalating regional conflicts and the growing threat of terrorism.

As previously presented, these escalating threats are fueled, in part, by mounting societal stress—whether regional or internal. Security forces are currently not equipped with the tools needed to defuse this stress, and thus lack an effective preventive strategy. In the absence of such a strategy, they can only respond to terrorism and violent outbreaks after those outbreaks occur.

It is therefore logical—and increasingly essential—to equip these forces with an effective preventive approach, by training these troops (or a portion of these troops) in the powerful Brain-Based, peace-promoting technology.

The incorporation of the Brain-Based Approach to Peace into the military and military training is a fast-growing phenomenon. Such training has been shown to boost resilience among troops, effectively “inoculating” them against the ravages of combat stress and resulting PTSD. It is also used by the US Military (DoD) and Veterans Administration for treating soldiers and veterans afflicted with PTSD—a pervasive and escalating problem in the military today. (For a recent report, click here.)

The Brain-Based Approach to Peace is therefore being incorporated more broadly into military academies and universities and is being offered to police, security forces, and army bases in the US and in many countries in Latin America and Africa.

GUSP’s primary interest and involvement in this growing phenomenon is this: Wherever a sizable group of security forces, such as troops at an army base, is instructed in the Brain-Based Approach to Peace, a demonstrable spillover effect of reduced stress and increasing calm is observed throughout the surrounding society. This effect, seen most recently in war-torn Ukraine, has motivated a growing number of active-duty soldiers and veterans to organize themselves into a stable, concentrated peace-keeping force. (See, for example, this video.)

When such a peace-creating group is large enough, a powerful and demonstrable effect is also observed on a national scale. This important national peace-promoting effect is examined in the following section on the national implementation of the Brain-Based Approach to Peace.

BACK TO TOP | NEXT PAGE