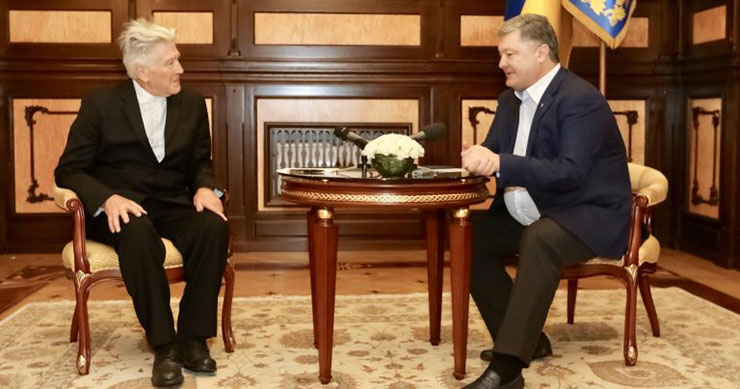 Excellent press coverage of David’s meeting with President Poroshenko, including several photos, has now been posted on the official Ukraine government website (click here to read the article). For television coverage, watch David’s meeting with President Poroshenko, where the President gives his strong support for this approach to reducing PTSD and bringing psychological rehabilitation to Ukrainian veterans.

December 2017: On December 5, American University in Washington, D.C., hosted a high-level, GUSP-inspired conference entitled “A New Science of Peace: Research on Meditation, the Brain, Trauma, and Peace.” Top U.S. governmental, scientific, military, and education leaders attended the conference, and the featured speakers included GUSP international president Dr. John Hagelin and several others who addressed the Global Peace Summit in Kiev. The research presented will help launch powerful new GUSP peace initiatives around the world. The conference was sponsored by the David Lynch Foundation. For an overview of conference speakers and topics, and to watch specific talks on health, veterans’ programs, education, and peace, please visit:

September 2017: The first findings of the Phase I research project on “Rehabilitation of Military Victims of PTSD” in Ukraine have now been reported, and the results are very impressive (see coverage and summary below).

For a television report on the success of this project, WATCH NOW

For earlier coverage of the impact of
Transcendental Meditation practice on PTSD, WATCH NOW 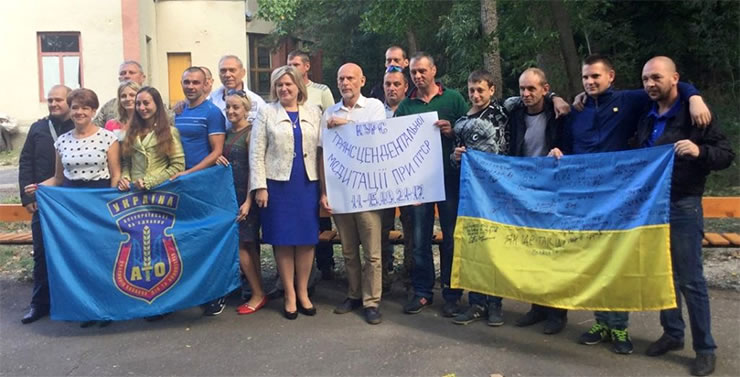 By Dr. Igor Prodan—The first phase of the “Rehabilitation of Military Victims of PTSD” project in Ukraine has been completed, and the results are very impressive.

The project enrolled 15 people, of whom 14 completed instruction in the Transcendental Meditation (TM) technique.

Rapid reductions in the symptoms of post-traumatic stress were seen even in the first few days of TM practice. Sleep improved, fears disappeared, and depression and aggressiveness decreased sharply. All the study participants became more open and cordial.

Renowned Academician Sergiy Maksymenko, along with the TM project leaders, conducted scientific research that confirmed these observations. The findings showed that health indicators (sleep, spiritual joy, and improvement of relationships) improved for the whole group by 80–90%.

The impact of these benefits on military families and friends was especially moving. Mothers and wives called the project leaders to thank them for returning sons and husbands to the family. One study participant gave the following account:

My mother always cried. She saw that I did not want to live, and was very afraid. My girlfriend left me. But now I feel great joy and confidence. I’ll call and tell you about my meeting with my mother…. My mom is smiling now, and my girlfriend came back to me.

A great celebration took place on the last day of the project, with many important guests from the government in attendance, as well as national television and the press.

The project’s success was so impressive that the project leaders received an invitation to give two major presentations on “Transcendental Meditation for the Military with PTSD” on October 2 at the military hospital of the Ukraine Ministry of Defense. One presentation will be for doctors, and the other will be for the military. The participants will come from all over Ukraine. This presentation will be followed by large TM courses for both doctors and military personnel.