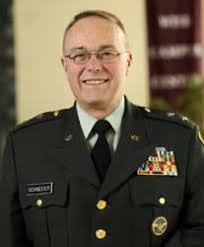 In July 1992, Dr. Schneider became president of Norwich University, the oldest private military college in the U.S. Since then, he has championed Norwich’s charge to distinguish the University in the marketplace of higher education institutions by educating and preparing students to be global leaders in the private sector, government and the military.