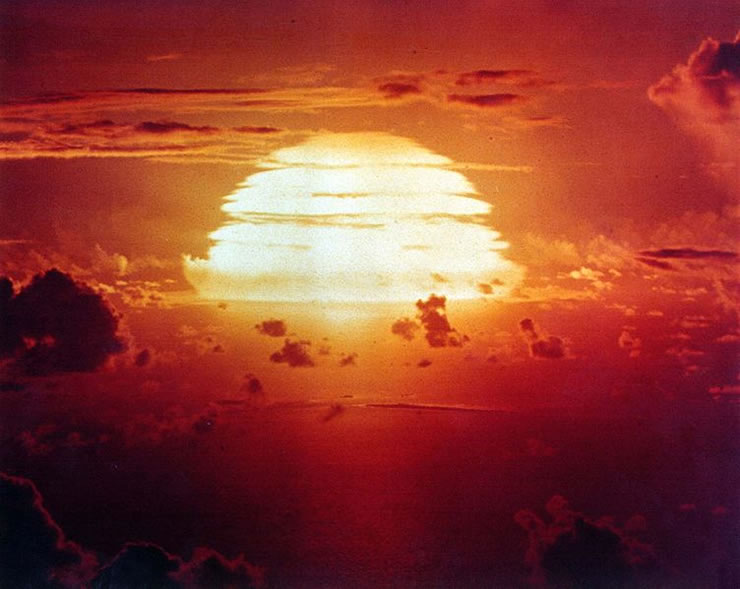 In 1961, senior Pentagon consultants drafted a 33-page blueprint for initiating — and winning — a nuclear war against the Soviet Union. It was based on top-secret intelligence that Soviet nuclear forces were few in number and poorly defended — making them an easy target for a U.S. preemptive strike.

Convinced of U.S. superiority, the Joint Chiefs of Staff began advising President John F. Kennedy to risk nuclear war over Cuba and Vietnam — even though their own analysis conceded that if something went wrong, 75 percent of Americans might die. If JFK hadn’t rejected their advice, we might not be here today.

President Trump may soon face a similar test. With almost no public awareness, the Pentagon’s nuclear program has achieved unprecedented capabilities that once again raise the possibility that a U.S. first strike could cripple Russia’s nuclear arsenal and “decapitate” its leadership. Such capabilities all but ensure that hawks will begin lobbying for more aggressive measures toward Russia, based on its growing vulnerability to U.S. nuclear weapons.

A frightening new analysis for the Bulletin of the Atomic Scientists — by three eminent strategic arms experts at the Federation of American Scientists, Natural Resources Defense Council, and MIT — provides evidence that U.S. nuclear planners have “implemented revolutionary new technologies that will vastly increase the targeting capability of the US ballistic missile arsenal,” giving it for the first time in decades “the capacity to fight and win a nuclear war by disarming enemies with a surprise first strike.”

The concept of nuclear superiority seemed to lose its relevance in the mid-1960s, when Moscow finally built a large enough nuclear arsenal to withstand attack. Subsequent arms control treaties, starting in the Nixon years, maintained reasonable parity between U.S. and Russian nuclear forces, discouraging either side from contemplating the use of atomic weapons for anything but deterring a nuclear attack. 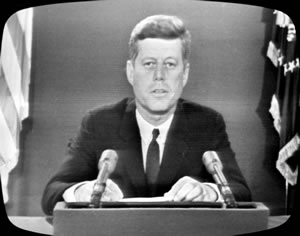 With absolutely no fanfare, however, U.S. technology advances have once again called mutual deterrence into question. The secret is a “super-fuse” first implemented by the U.S. Navy in 2009 as part of its “life-extension” program for submarine-based nuclear missiles. By permitting more accurate timing of nuclear blasts, this flexible trigger gives America’s sub-launched missiles three times their former killing power — enough to take out even “hardened” Russian missile silos and command centers with a high probability of success.

The authors calculate that a mere 272 warheads could wipe out all of Russia’s intercontinental ballistic missiles housed in hardened silos — leaving in reserve more than 600 lethal warheads deployed on U.S. submarines, as well as hundreds more on U.S. land-based missiles.

Although U.S. war planners would still be challenged to target warheads on Russia’s submarines and mobile land-based missiles, the authors support claims by other scholars that “for the first time in almost 50 years, the United States stands on the verge of attaining nuclear primacy.” Russia’s vulnerability will likely increase over time, as the Pentagon’s implements its planned trillion-dollar nuclear “modernization” program over the next 30 years.

From the standpoint of many Pentagon planners, greater war-fighting capabilities are always better because they increase U.S. military options. But there are good reasons to be worried by this stealthy advance in U.S. missile technology.

The first is the risk that a “clever briefer” — a convincing salesman for “limited” nuclear war — will persuade a president that fighting and winning such a conflict is possible. The president might then behave more rashly in a conventional conflict, triggering a series of military escalations that unintentionally lead to mass annihilation. (Imagine, for example, if President Kennedy had followed the advice of his generals and bombed Russian forces in Cuba during the 1962 Missile Crisis.) 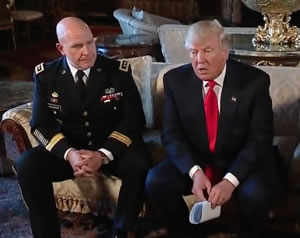 The idea that some adviser might try to talk President Trump into a nuclear showdown would have seemed absurd until very recently. But escalating military tension between NATO and Russia has prompted some experts, like former Defense Secretary William Perry, to warn that the world is closer to a “nuclear catastrophe” than at any time during the Cold War. And Trump himself, who once called for greater cooperation with Russia, now declares that the United States needs to build up its nuclear arsenal to make it “top of the pack.”

Reflecting this harsh new environment, the Pentagon’s influential Defense Science Board in December advised the new administration to begin acquiring low-yielding nuclear weapons to give the United States more options for waging “limited” wars against other nuclear powers. The assumption behind such hotly contested advice is that enemies will back down, knowing the United States could fight and win an unlimited nuclear war with “acceptable” casualties.

Growing Risk of Accidental War
Second, perhaps even more worrisome, is the impact of U.S. first-strike capabilities on Russia’s nuclear planning. Faced with the possibility of only a few minutes’ warning of a devastating U.S. attack, Moscow will continue to keep its nuclear forces on hair-trigger alert, and even give local commanders the right to launch if communications with the Kremlin are lost. That policy gives rise to the chilling possibility of nuclear war triggered by an accidental alert — of which there have been several. 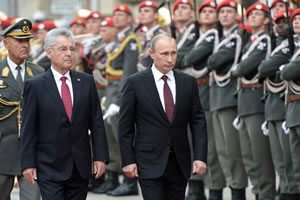 “The new kill capability created by super-fuzing increases the tension and the risk that US or Russian nuclear forces will be used in response to early warning of an attack — even when an attack has not occurred,” the arms experts write. “The combination of . . . dangerously short warning times, high-readiness alert postures, and the increasing US strike capacity has created a deeply destabilizing and dangerous strategic nuclear situation.”

Indeed, as U.S. nuclear capabilities have quietly grown, Russia has shortened its time from warning to launch to just four minutes. “Today, top military command posts in the Moscow area can bypass the entire human chain of command and directly fire by remote control rockets in silos and on trucks as far away as Siberia in only 20 seconds,” reports Princeton University expert Bruce Blair. “This situation is a mistaken launch waiting to happen.”

Blair recently warned that President Trump’s apparent support for a new arms race “would be an alarming reversal of decades of nuclear weapons reductions that should scare everyone.”

And Sen. Dianne Feinstein, D-Calif., was alarmed enough by growing talk in Washington of nuclear warfighting to publish an op-ed in the Washington Post last week, reminding readers, “There is no such thing as ‘limited use’ nuclear weapons, and for a Pentagon advisory board to promote their development is absolutely unacceptable.”

As she wisely noted, “When it comes to nuclear weapons, victory is not measured by who has the most warheads, but by how long we last before someone uses one.”