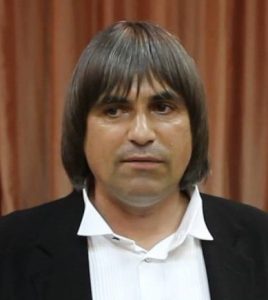 Oleksandr Volnyi has been a nominee for the Nobel Prize for Literature in 2012 and 2015. Oleksandr Volnyi’s poetry is his main contribution to modern world culture. The language of classical poetry reveals the main milestones of human history, and the spiritual and physical components of Genesis show the spiritual diversity of Genesis. The government structures of China, Hong Kong, Singapore, the United Arab Emirates and Israel invited O. Volnyi to deliver lectures on his work at leading universities and academies of the world, and also initiated the nomination of his works for the Nobel Prize in Literature.

The works of O. Volnyi in 2013 were nominated for the John Templeton Award “For expanding the horizons of knowledge of the Human Civilization of the spiritual realms of the universe” by several international academies. He did not win as he got with the Dalai Lama.

In 2012, O. Volny led the ceremony of awarding the Peace Prize in Hong Kong.

The goal of his creative work is to consolidate the intellectual circles of the world community in order to open new horizons for the Society of learning about Life in the name of progress and prosperity of the great ideals of world humanism on planet Earth.